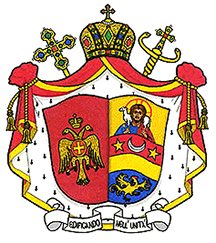 Bishop Gallaro was elected on 31 March 2015 by Pope Francis to the bishopric of the Eparchy of Piana degli Albanesi (Sicily, Italy).  He was ordained on 28 June by the bishop of Lungro Donato Oliverio as principal consecrator, and the bishops Dimitrios Salachas and Nicholas James Samra as co-consecrators.
More info about bishop's crest at:
https://d67591b3826535c07309-167cb41a96f65863ccf1c72215e1a1e4.ssl.cf1.rackcdn.com/GDGallaro_crest.pdf
http://www.eparchiapiana.it/

Newly created Syro-Malankara Exarchate of St. Ephrem of Khadki-Pune (India) and its bishop have finally their symbols. 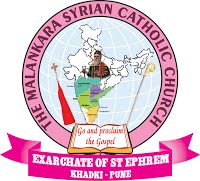 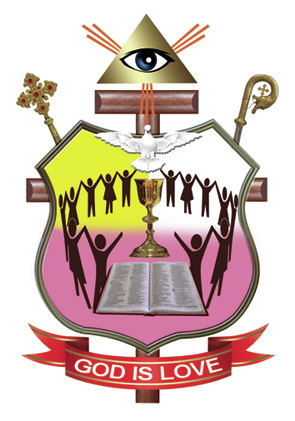 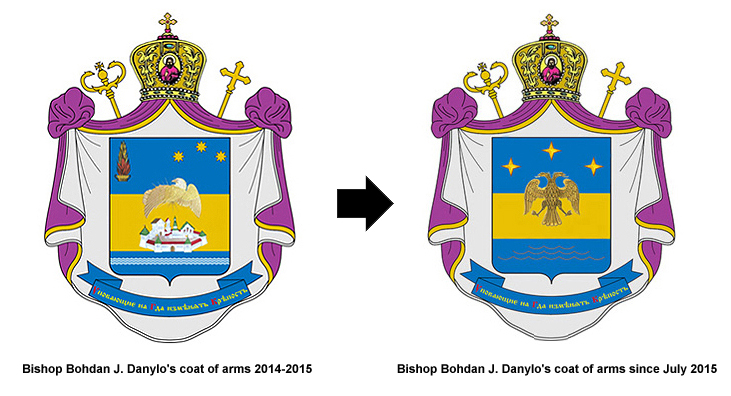 The Maronite Catholic Eparchy of Jbeil launches new Coat of Arms in March 2015. 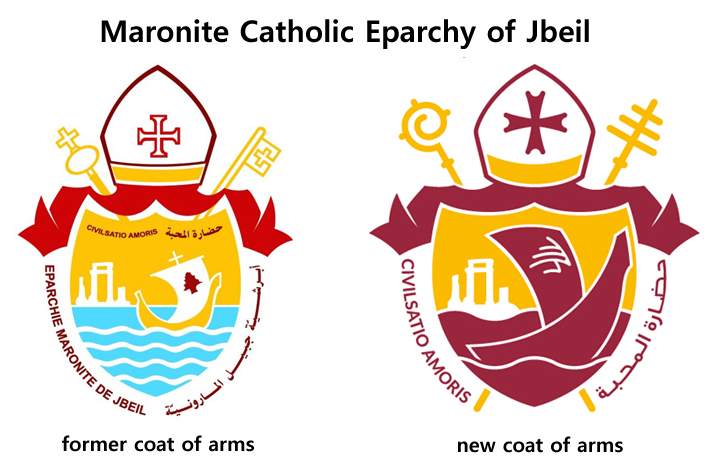 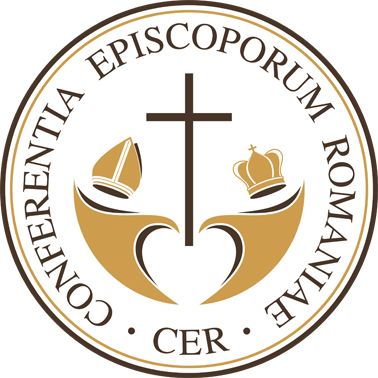 On the occasion of World Communications Day, Sunday, May 17, Catholic Bishops Conference of Romania (CER) launches website and official logo. Made of CER Commission for Social Communications, coordinated by Pr. Francisc Ungureanu, website and logo were presented Catholic bishops of Romania in the spring session, 6-8 May, and approved by the dignitaries.
Logo of the CER talks about identity and mission of Romania Bishops Conference in a creative and dynamic. The colors - gold and brown - looks divine-human nature of the Church.
The two bishops stylized silhouettes with Latin mitre (left) and an oriental mitre (right) make reference to the character of Conference biritual. The figures stretching their arms toward each other and therefore to the cross placed in the middle, the foundation of faith and the unity of the bishops benchmark CER. Bishops unit is built around love - the faithful entrusted to their care to, and to God - and the heart that form between the two arms talks about a space of harmony, understanding, trust and respect.
However, the two figures bishops open outwards, thus expressing the Catholic Church's openness to relations with the other Churches and Religions. The way bishops are stylized figures suggest the idea of ​​movement, dynamism, referring to the fact that the Church is always alive and in action. Everything is built in the shape of a circle, which expresses episcopal collegiality and the unity of the local Church. 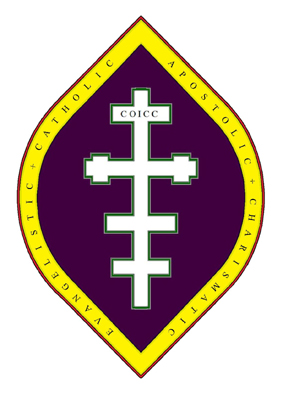 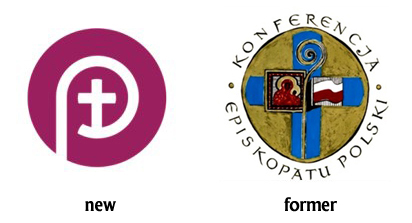 Eparchy of Ivano-Frankivsk of the Ukrainian Orthodox Church - Moscow Patriarchate launches own coat of arms-styled emblem. 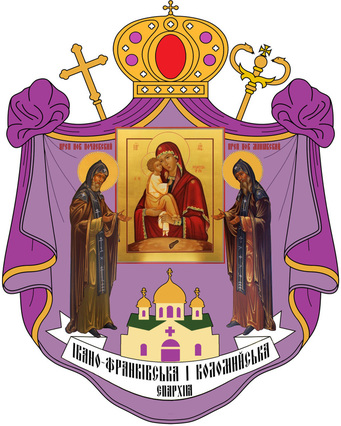 The coat of arms of newly consecrated (on 31 Oct 2015) Roman Catholic bishop David B. Tencer O.F.M. of Reykjavik, Iceland. 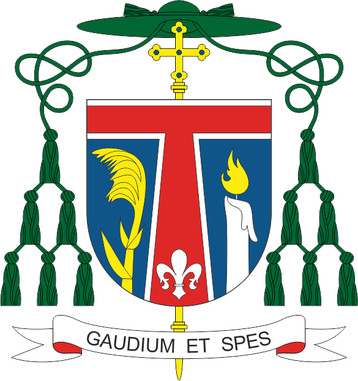 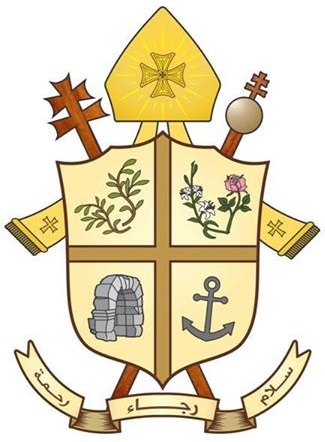 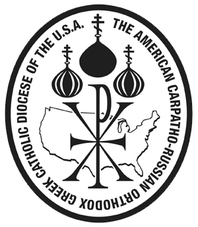